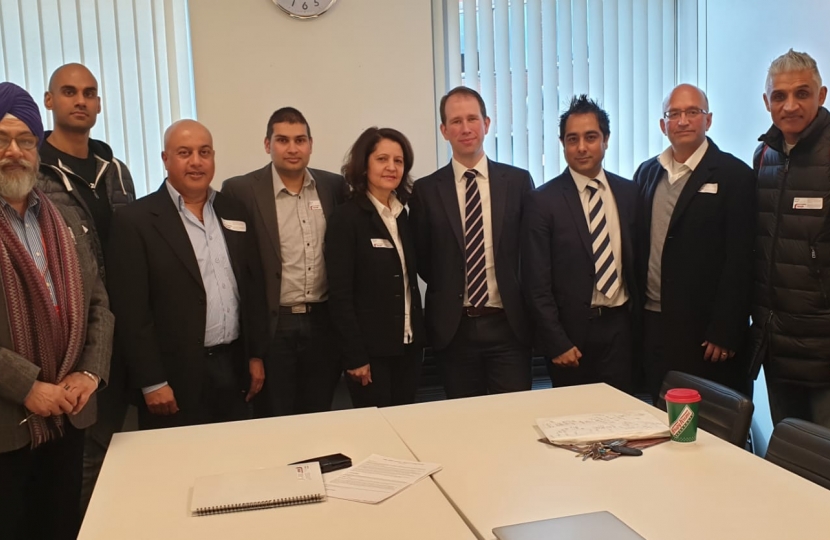 On the 5th April Matthew Barber, Deputy Police and Crime Commissioner for Thames Valley and Deputy Leader of the Slough Conservative Group Cllr Rayman Bains met with residents from Upton and Langley to discuss what the police were doing in response to the recent rise in violent burglaries.

Over 10 residents represented the wards along with our Upton Candidate Gurcharan Manku and Kedermister Candidate Meena Sharma. They also got to hear from Slough Council’s Neighbourhood coordinator lead.

Matthew expressed his concern about the recent rise in burglaries and said he had a meeting with chief superintendent next week and would feed back to the group the outcome of that.

Slough Borough Council said it would treat Upton & Langley as an area of concern and would support residents in setting up a Neighbourhood Action Group to be chaired.

Our campaign in this local election is committed to focusing on a Safer Slough for everyone through improved deterrent measures, such as improved CCTV in hotspots, and supporting the formation of more Neighbourhood Watch schemes to bring the community closer together.

Whilst I am standing down this year to raise a family, I would urge you strongly to continue your support through Gurcharan in Upton and Meena in Kedermister, both of whom are committed to standing up for residents to make the area safer.