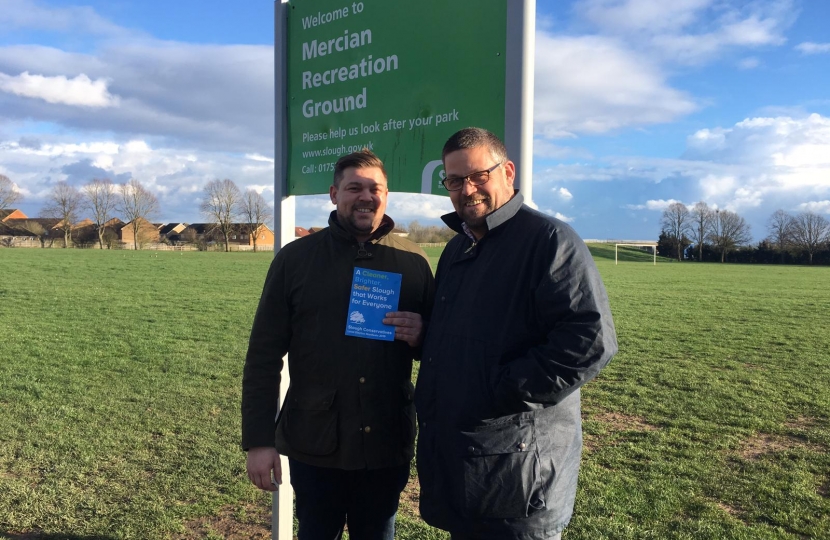 Cllr James Swindlehurst, Labour Leader of Slough Borough Council has yet again missed the point, and thinks by belittling our manifesto and budget amendments he somehow justifies Labour's constant failures.

The Labour manifestos over the last ten years have been promising the same things repeatedly - The High Street regeneration being one of those. It took Labour two years to set up a team to regenerate the High Street, introducing limited free parking for a short while, only to take it away, allowing the town centre to decline even further.

As recent as 2018, Labour promised to implement a Conservative idea, the Slough Card, to give residents access to priority and cheaper services bringing residents in to the town centre – and not only has this promise has not been costed, but it also doesn’t have a proper release date. Its failures are even more heart-breaking when we learn that Slough Labour has allowed our high street to fall into decay and be reduced by more than a staggering 130 places to 190th in the best shopping destinations in the UK.

Slough Labour promised us in 2018 to “to invest wisely and drive out efficiencies”, and recently Slough Labour and their supporters have attempted to lay blame for their failings on the Government. One supporter recently pointed out on social media that cuts in funding could have provided us with 41 children centres (despite them having Children’s Services removed from them by government in 2015) or over 1200 care workers. In which case, why did the council spend over £40m on a new council office and install nearly 40 green gyms at a cost of over £1m?

Most bizarrely of all, Labour are now embarking on a risky business venture in its Environmental Services department which is going to prove the biggest policy failure in the Council’s history. Labour is doing this against advice, using £3m pounds of tax paying residents’ money – in a venture that will also risk local businesses going out of business as it attempts to compete with them on things like gardening services.

The policy of spending other people’s money until there is nothing left is only too true of Slough Labour, and over the past 10 years they have been doing just that, trying to pretend they were spending our money wisely and responsibly. Residents now know that it is time for change in Slough. Lie after lie, Labour has failed our town. We need to put residents first.

Charlie writes in response to comments made by Cllr James Swindlehurst in response to the launch of our manifesto, published in the Slough Observer on Friday 29th March, available to view online here.