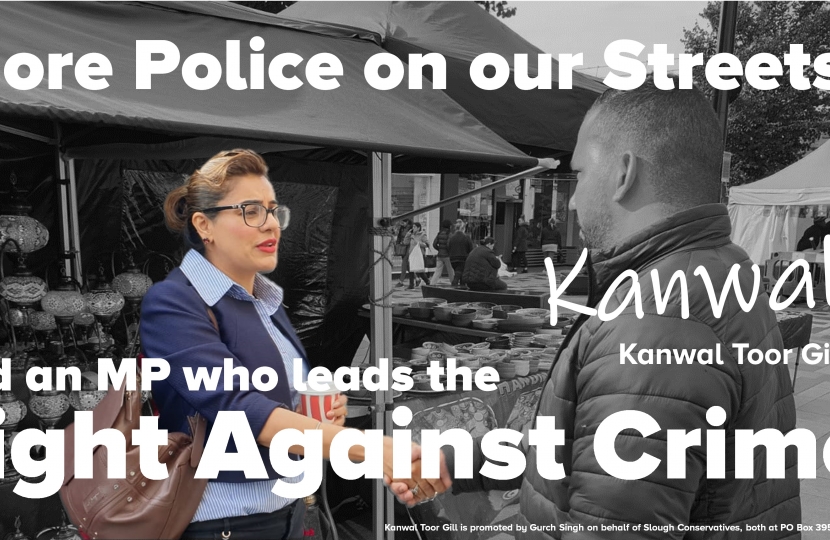 Slough is suffering more than most when it comes to public safety and crime – and residents will know that given the recent spike in violent crime and burglaries across the town.

The job of an MP must be, first and foremost, to put the safety of their residents first. Unfortunately Slough as suffered a complete lack of leadership and inaction from Tan Dhesi in the issue, who has ignored residents and done very little to change anything.

Whilst the Conservatives are committed to increasing police numbers in the Thames Valley area by 600 officers in the next three years – which I will lobby hard to ensure Slough gets its fair share of – we all know that the fight against crime is more than just about police numbers or money.

As Boris Johnson did when he was elected Mayor of London – I will make this issue my top priority if elected. His leadership saw crime fall by 23% - and as Slough’s newly elected MP, I want to achieve the same so that residents can feel safer in their streets and homes.

I want to bring together the community first and hear from them about their concerns – and ideas – so that working with police, local authorities, health and other agencies we can put together a robust plan to tackle not just crime, but the root causes of crime in our area.

All this action from me will only be possible if backed up by a majority Conservative government, committed to giving the police the powers they need – such as the ability to use stop and search, new court orders to target known knife carriers and tougher sentencing for the worst offenders

Not only that, but we need to ensure those who commit crime give back to those communities they have taken so much from – so a future Conservative Government will make those convicted do more hours of community payback to clean up our parks and streets.

Only a vote for me on Thursday will guarantee real action on Crime in our town – and an end to years of inaction by successive Labour MPs.