Time for Slough Labour to finally condemn antisemitism in their party 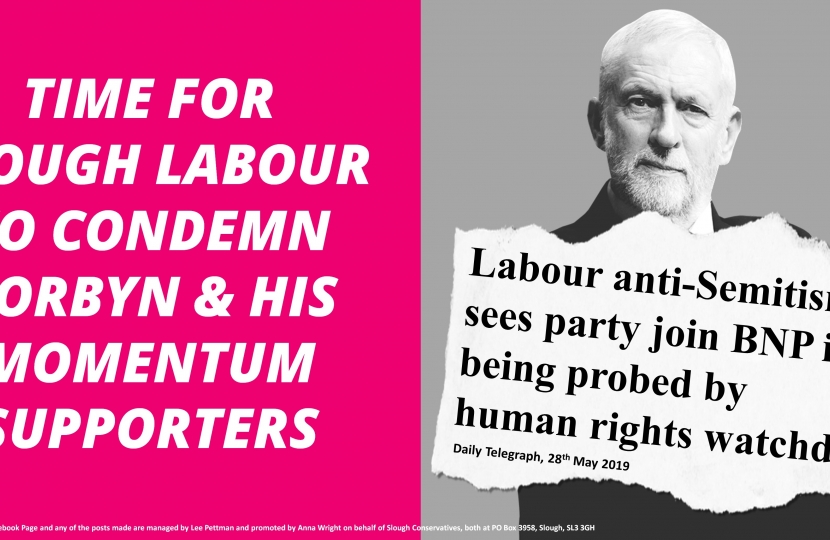 The announcement by the Equalities and Human Rights Commission (EHRC) this week shows clearly that the Labour Party has a case to answer against the charge that it has become institutionally racist.

The EHRC investigation should put an end to those who deny the scale and seriousness of anti-Semitism. Labour joins an elite club being only the second time political organisation to be investigated by EHRC – the first was the far-right British National Party.

We are disappointed and saddened that neither the Leader of the Council James Swindlehurst or any one from the Labour Group have condemned Jeremy Corbyn and his Momentum supporters for their blatant anti-Semitism since he became leader of the Labour Party.

It has been 550 days since Cllr Swindlehurst was first elected Leader of the Council, and we think it is time now for him and his Council group to finally take the stand needed to support the Jewish community.