Thank you to residents for their support 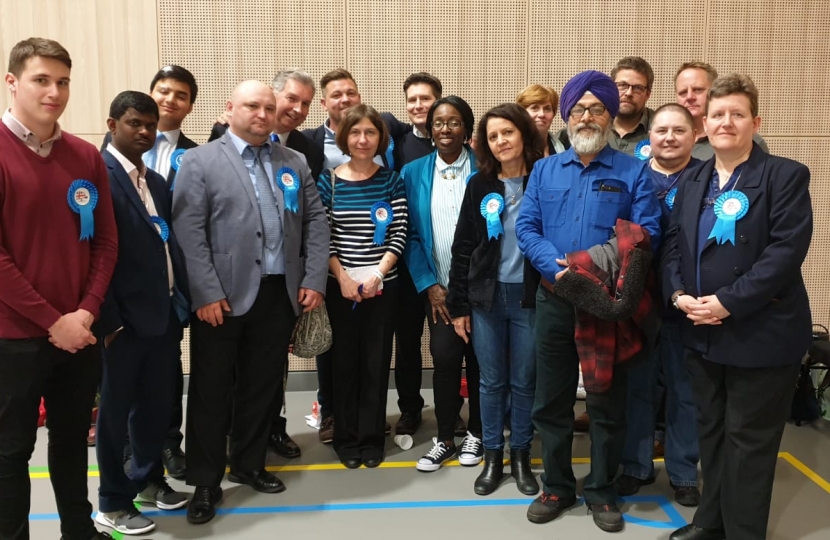 Following the results of the local elections in the town last week, we would very much like to thank all residents who continued to put their faith in our hard-working team, following the biggest campaign we have ever launched, reaching 15,000 people on the doorsteps.

We are delighted that we continue to have Cllr. Paul Kelly representing Haymill & Lynch Hill and Cllr. Dexter Smith representing Colnbrook with Poyle – residents will continue to benefit from the work they do in the communities to protect us from this Labour-led council.

We would also like to thank out-going councillors Amarpreet Dhaliwal for Langley St Mary’s and Rayman Bains for Upton – both of who worked incredibly hard over the last five years ensuring that both areas residents were represented well.

Whilst we were unable to retain both wards, our results show that despite the national picture, many residents were willing to go out and show their support and appreciation for the dedication our candidates have shown over the last year – and in many cases we bucked the national trend and grew our support.

Residents can rest assured that the whole team at Slough Conservatives will not be stopping for breath in their continued work to hold this Labour council to account for delivering, and in continuing to fight for a cleaner, brighter and safer Slough.

Nearly forty percent of residents voted against Labour in this election, a considerable rise on last year’s results – and shows that there is a large majority who did not decide to support the actions of this Labour council. Over the next 12 months we will continue to engage on the door-steps to encourage residents to challenge their Labour councillors on what they are delivering for them, because we know they deserve better.