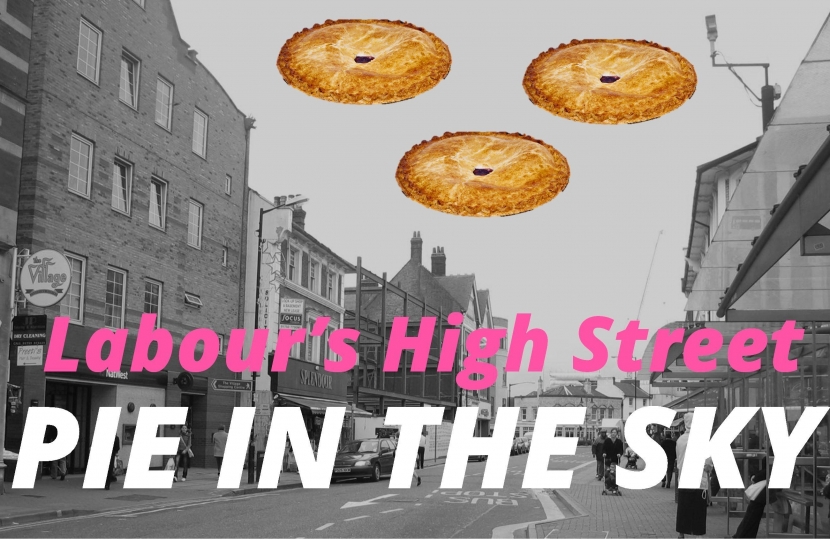 It has been an awful long time since this Labour-led council was able to give the residents of Slough any good news about our dying High Street, and this week we learned that the wait will almost certainly continue.

Slough Labour’s waste recycling rate might be one of the worst in the country, but when it comes to recycling old news, they are clearly amongst the best. This week on BBC Radio Berkshire Labour council leader Cllr. James Swindlehurst proclaimed High Street regeneration was coming. Again.

Live on air, we heard from Mike Phillips from Bis Now, extolling the virtues of ADIA, the company that bought much of the High Street including the shopping centres back in 2016. Then Cllr. Swindlehurst told us how wonderful the High Street will be, and that new development partners British Land were ‘in town’.

Isn’t it funny we that haven’t heard from either ADIA or British Land directly themselves, and that he chooses to recycle this old news about regeneration of the High Street right before local elections?

Fact is, we have heard nothing new. Residents have had Labour give them promise after promise, plan after plan, for 10 years - and this latest stunt is nothing more than the next episode. Residents are still left biting their nails at the end in anticipation, wondering if something real will happen or not to the High Street - after Labour doing it’s best to kill it off.

Meanwhile, the town centre becomes ever more deserted, unclean and unsafe. The news that Debenhams is now deserting Slough is yet another sign people are losing confidence in the council’s ability to support business in our High Street. Perhaps ADIA will become the next set of developers in a long line who have lost faith in Labour?

Residents aren’t stupid. They know this Labour-led council have let them down, and they know they have heard it all before. Cllr. Swindlehurst announcing regeneration to our High Street is, to quote a phrase used by one of his own councillors this week, just more pie in the sky.