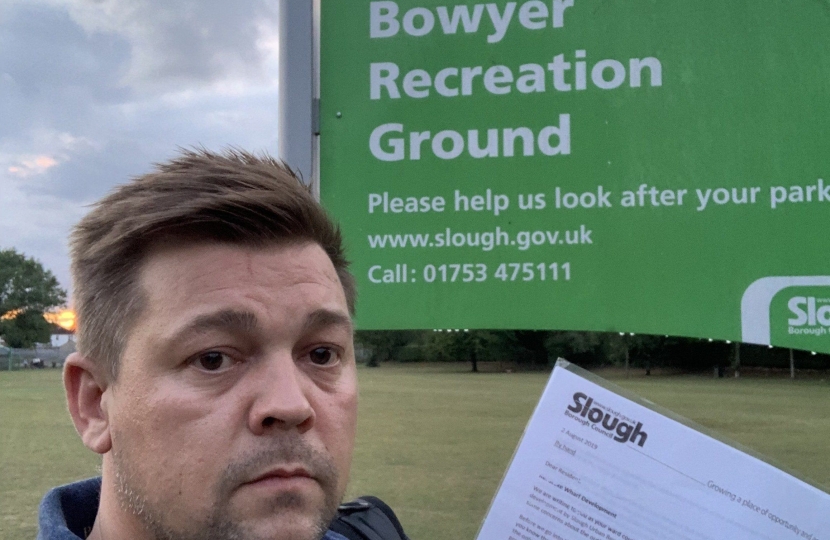 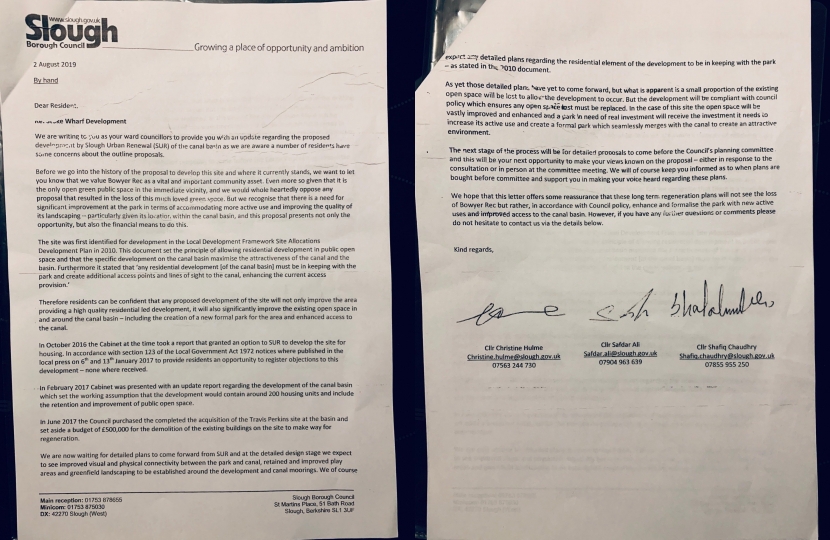 Spin by Slough Labour over their developments on our green spaces in the town has reached dizzy new heights this week following the distribution of a letter to residents from Labour Central ward councillors over the threat to Bowyer Recreation Ground that even Tony Blair would be proud of.

The letter, in response to an ongoing campaign by us to support residents in the area, shows that Labour councillors are complicit in the Labour-controlled council’s attempts to destroy the only open public space in that part of the town.

In the letter councillors open by stating they would ‘wholeheartedly oppose any proposal that resulted in the loss of this much-loved green space’ – but later in the letter openly admit that ‘what is apparent is a small proportion of the existing open space will be lost to allow the development to occur’. They clearly cannot have it both ways.

They also claim that the proposals expected from Slough Borough Council development partners SUR (Slough Urban Renewal) for the site to ‘be compliant with council policy which ensures any open space lost must be replaced. However, it is clear from outline proposals seen by residents already that this is not the case at all, and that a significant proportion of the space will be lost entirely, swallowed up in favour of luxury flats.

Recently Labour’s already damaged green credentials took another blow in their failure to work cross-party to declare a climate change emergency and commit to real actions to make our town greener and cleaner – proving they cannot be trusted when it comes to putting our environment first, and as this case shows, in being able to protect our precious green spaces.

Clearly these councillors have such contempt for their own residents that they think they can con them with their spin and lies. Over a thousand residents have testified so far to their support in a petition to save the Bowyer Recreation grounds – and we will continue to support them and all Slough residents every step of the way in fighting to protect what little green space is left in our town.