Declaring a climate emergency has no time for political grandstanding 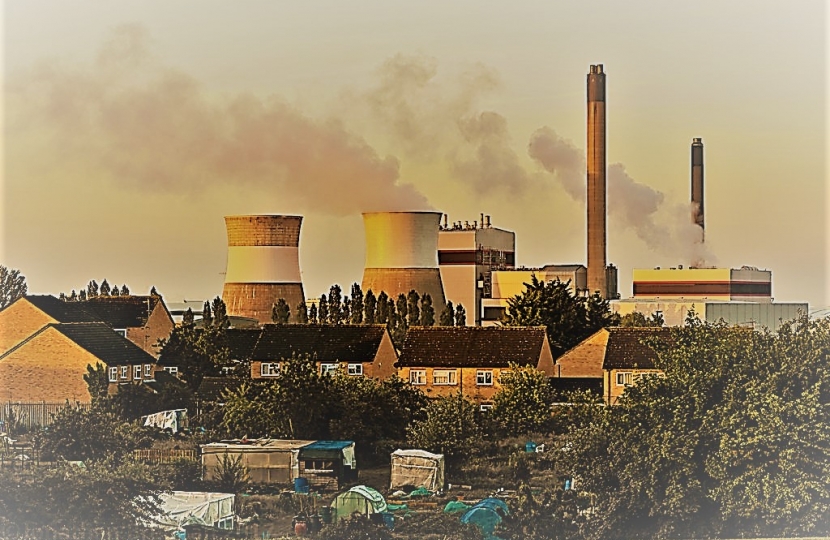 The planet has encountered great threats in the past – not least the threat of nuclear weapons especially during the cold war in the latter half of the last century.

Threats to our way of life have intensified in recent years, with countries all over the world being denied democracy due to an increase in information warfare and cyber manipulation – closer to home recently alleged election fraud and postal vote manipulation.

These threats all pale into insignificance at the threat posed by climate change, a real threat, at this point in our history.

All politics start locally – none more so than climate change. Slough is no exception and faces huge threats from its effects. It is only right that – regardless of our politics – we work together to solve it? Not according to Slough Council leader James Swindlehurst and the Labour group running our town.

In a statement issued by Councillor James Swindlehurst this week he accuses the opposition of “Being late for the party” I can assure the Councillor there is nothing to celebrate in Slough where climate change is concerned - with air quality below legal requirements affecting residents’ health daily.

The best way to describe the statement would be in the words of Irving Mills and Nat King Cole, "Your story's touching, but it sounds just like a lie".

Labour was invited to join the motion the day before, Councillor Swindlehurst’s statement, prompting them to put forward their own proving their inability to work with others.

With Councillor Swindlehurst and the Labour group blindingly supportive of Heathrow expansion - and their inability to secure enough out of Heathrow to mitigate its potential impacts - means right now there is no chance Slough will achieve its carbon neutral target, let alone meeting the legal requirement for air quality and pollution levels, anytime soon.

The loss of the AkzoNobel site now set to become an industrial logistics site rather than homes will not only damage the housing plan for Slough, it will also further damage the air quality creating an even worse environment for our already suffering residents - a direct result of council leader Swindlehurst’s inability to lead.

During Councillor James Swindlehurst’s leadership of the council we have seen many failures, not least relating to the protection of our environment. The Trump-esque grand-standing and lack of ability to cooperate on this most critical of issues by Councillor Swindlehurst will only result in further setbacks for the town.

Our already suffering children are going to be left with the notion that their plight will continue long into the future unless Councillor Swindlehurst can leave his political agenda to one side and work with all parties in a joint motion to declare a Climate Emergency.

It is known that recent external governance reports highlight the failures of the council to lead, make decisions, provide value for money and to take proper care of our most vulnerable – our children.

Councillor Swindlehurst, if you are unable to see beyond your own political agenda and work with others on this issue it must be time for you to step down as leader and consider your position as a councillor for this town.